How Many Truck Accidents are Reported in Florida Each Year? 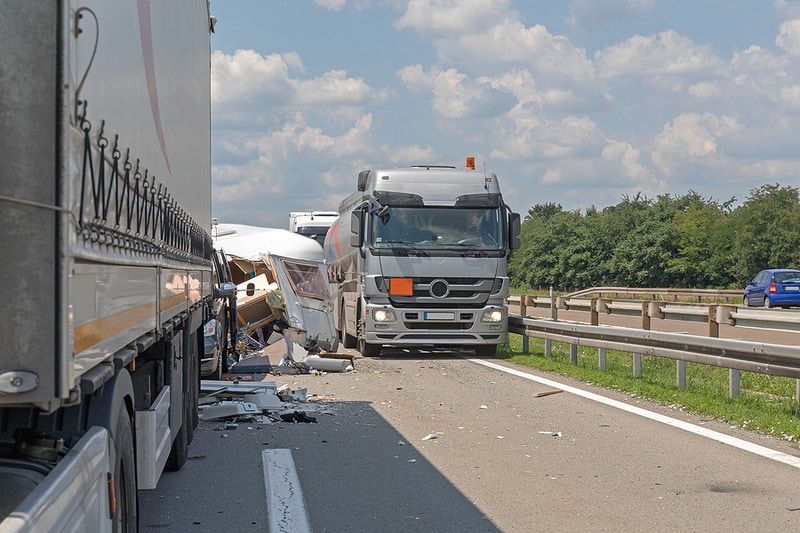 While road traffic accidents have tended to decrease year after year, the number of traffic fatalities in Florida remains regrettably high. In particular, Florida currently ranks third in the US for traffic fatalities when you look at accidents involving trucks. Injuries are unusually high, too.

It’s estimated that a person is hurt or killed in a truck accident every 16 minutes in the US. Every year, an average of 700 people die while driving or as passengers in trucks. In 2018 alone, over 40 people died in truck accidents in Florida. Over 1,250 others were severely injured, with hundreds incapacitated.

How many semi truck accidents per year occur in Florida? How many lift truck accidents are reported each year?  The number varies, but certain factors seem to remain consistent. The size of the vehicle is important. According to the Florida Department of Highway Safety’s Crash Report, six people died in 2018 after being in accidents involving light trucks of 10,000 lbs or less. Fifty-three people suffered incapacitating injuries, while 236 are less severely injured. In total, In the case of medium and heavy trucks (those over 10,000 lbs), the numbers are much, much higher. In 2018 there were 39 deaths, 129 people suffered incapacitating injuries, and 421 had less severe injuries. There are also several hundred people who may have been injured but whose medical status was not recorded.

What makes trucks more dangerous than other vehicles? Partly it’s their large size, which makes them slower to swerve or stop as well as producing worse injuries than a car or van. A semi truck might weigh over 30 times as much as a standard passenger car.

Does this mean that truck drivers are more careless or accident-prone than other drivers? No. While negligent or irresponsible driving on the part of truck drivers is to blame for some of these accidents, a large proportion of accidents involving trucks are the fault of other drivers who fail to respect the risks presented by these large vehicles.

Many drivers routinely drive too closely behind trucks, ignoring the stickers and notices reminding those behind them to stay back 50 feet. These mandatory warnings are there for a reason: in the event of an accident involving that truck, those 50 feet could mean the difference between a minor fender-bender and a life-altering or life-ending crash.

It’s especially important to be mindful of trucks when you’re driving in poor conditions. You should always remain aware of your surroundings, but when driving at night or in bad weather, your risk of an accident is elevated. There is a blind spot behind the trailer; you need to avoid this. Be alert to trucks that are changing lanes or driving more slowly than usual. If you must pass a truck, always avoid doing so on the passenger side.

Of course, if you’re a truck driver, you also need to stay alert and follow all the regulations governing safe driving. Don’t drive over the speed limit, even if under pressure to do so. Do not become distracted, and make sure you never disobey a road sign or sign and exercise caution while passing.

If you’re involved in a truck accident, the most important thing to do is avoid further harm. Get to safety and contact the emergency services. If you can, try to take photographs of the scene and make notes.

Once you’re out of danger and have received any medical attention you may need, you should contact an experienced truck accident lawyer. At Graves Thomas Rotunda Injury Law Group, we have the expertise in truck accident cases to give you the legal support you deserve. Call us to arrange a consultation.

We Will Stand With You. Call Us Today!